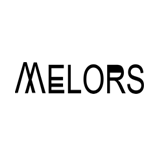 China and South Korea on Wednesday initialed a bilateral free trade agreement as both sides are hoping to increase trade, according to a press release from China's Ministry of Commerce.

The ministry said negotiations have concluded and both sides have confirmed all the details.

"China and South Korea have agreed to work for the official signing of the China-South Korea FTA within the first half of this year. The government of South Korea will implement it as rapidly as possible by getting approval from the parliament," said a press release issued by South Korea's Ministry of Trade, Industry and Energy.

Under the FTA, which was initialed and exchanged with China's Ministry of Commerce in Beijing, the two agreed to offer preferential treatment to each other's financial companies and establish a joint organization to deal with bilateral business issues.

Zhao Zhongxiu, a trade professor at the University of International Business and Economics in Beijing, said the FTA will become South Korea's most significant trade pact because China is already its largest trading partner.

South Korea has set a goal of bilateral trade with China of $300 billion in 2015.

China is one of the world's fastest-growing economies, whose GDP expands more than 7 percent each year, the South Korean ministry said, noting that South Korea has gained a chance to make inroads into the large, fast-growing market by initialing the pact.

"The deal will be a new stimulus and growth engine for the South Korean economy," said Zhao.

Under the pact, South Korea will eliminate tariffs on 79 percent of all products, or 9,690 items, from China within 10 years after the implementation of the treaty.

In return, China will remove tariffs on 71 percent of all South Korean products, or 5,846 items.

Gu Xuebin, vice-president of the Beijing-based Chinese Academy of International Trade and Economic Cooperation, a think tank of the Ministry of Commerce, said that the China-South Korea FTA will provide the means and the impetus for progress toward a China-Japan-South Korea FTA and a Regional Comprehensive Economic Partnership.